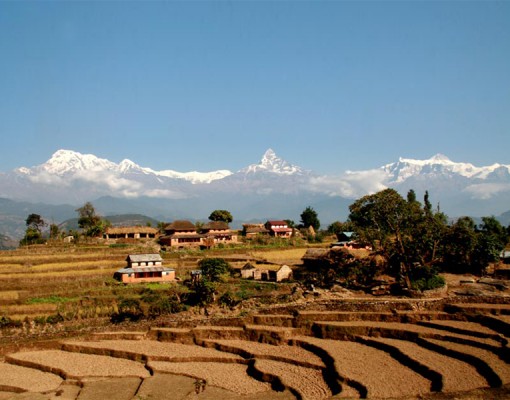 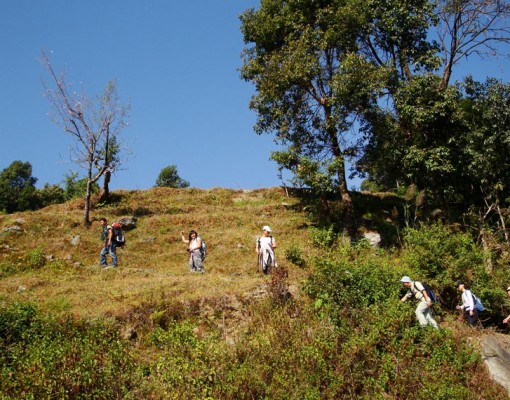 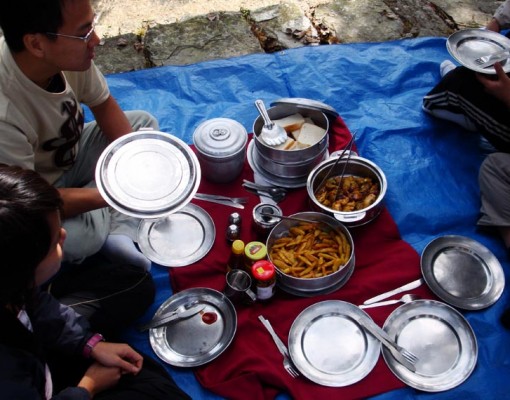 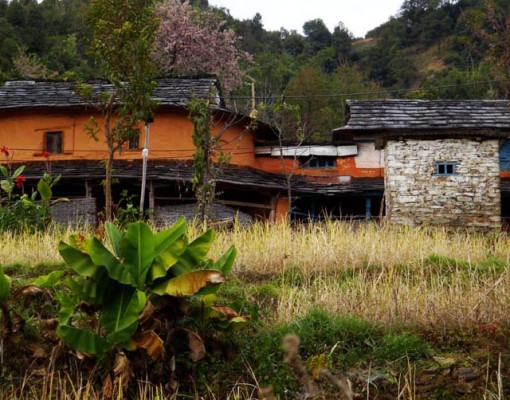 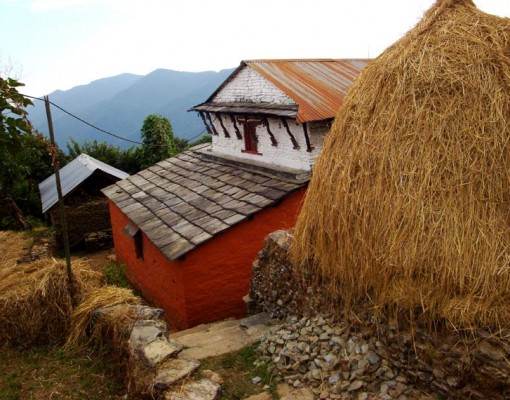 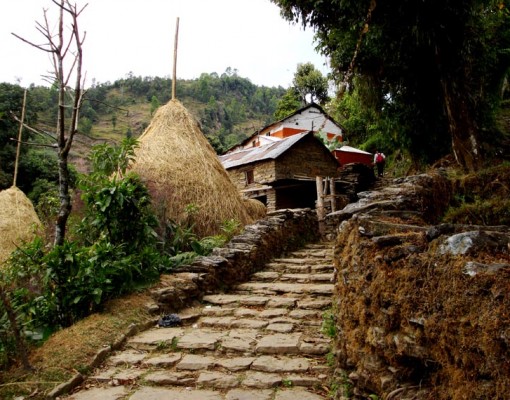 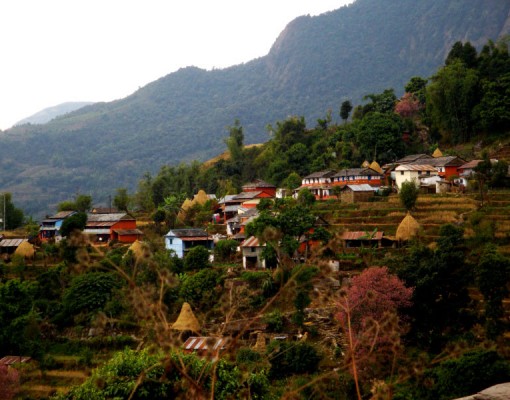 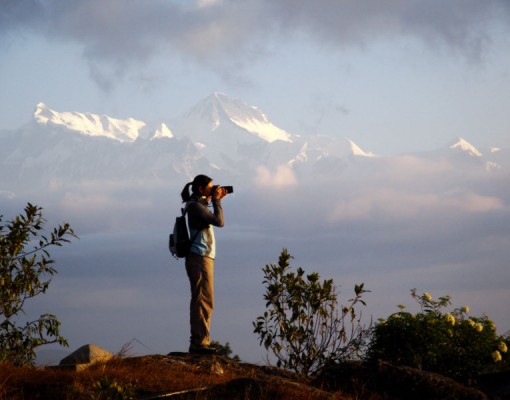 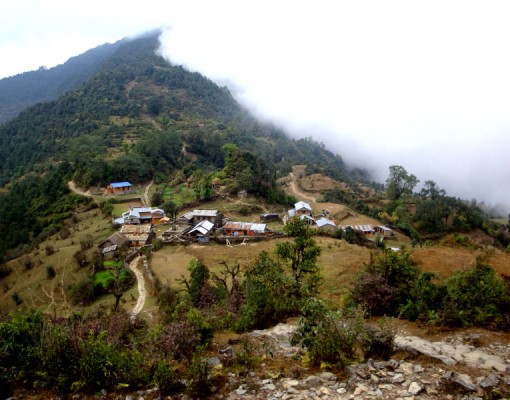 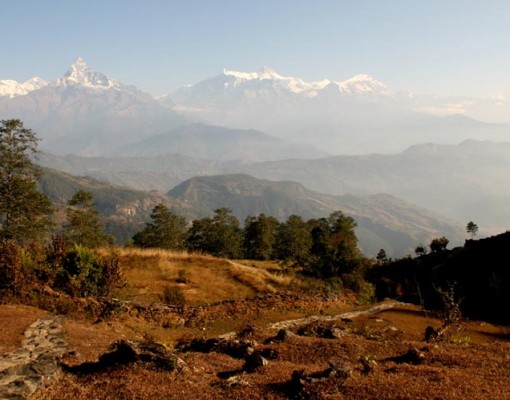 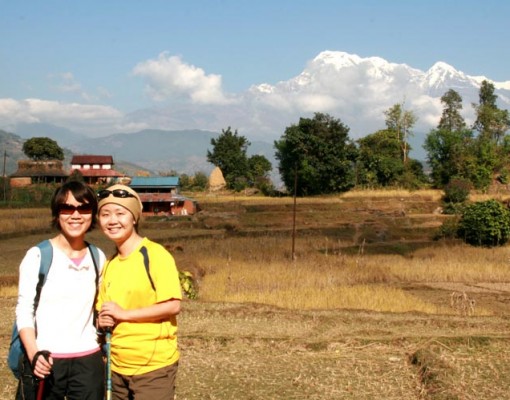 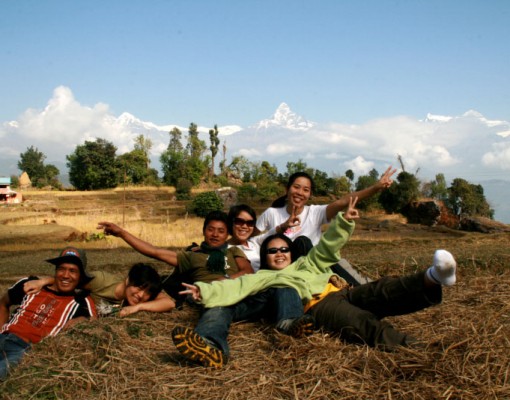 This relatively easy trek is a wonderful introduction to the Annapurna mountain region starting in Pokhara. Our trek takes us off the beaten track and offers a chance to explore the many cultures in the area, including Brahmin, Magar, and Gurung. Fabulous views of Annapurna, Macchapucchare (Fishtail), and Himchuli are a highlight here.

This relatively easy trek is a wonderful introduction to the Annapurna mountain region starting in Pokhara, on the shores of picturesque Lake Phewa. The trek heads south west, then loops north into the Annapurna Conservation Area through subtropical valleys and rice fields to high ridges of rhododendron forest. The Panchase area is known for a wide variety of birds and animals. Our trek takes us off the beaten track and offers a chance to explore the many cultures in the area, including Brahmin, Magar, and Gurung. Fabulous views of Annapurna, Macchapucchare (Fishtail), and Himchuli are a highlight here. For this camping trek, all meals will be prepared freshly by your personal cooking team. The ingredients will be brought along or purchased directly from villagers along the trek route. It provides a very unique and personal experience for anyone desiring an intimate and unforgettable trek experience. At the same time also educational and very enjoyable especially for family with children.

Upon arrival, meet and transfer to hotel. Check in & trek briefing. Late afternoon leisure walk in Thamel, a popular tourist district in Kathmandu Valley and a bustling bazaar which offers a glimpse of Nepal’s vibrant ethnic culture.

After breakfast drive to Pokhara (5 hrs). Lunch on the way and check in hotel on arrival. Afternoon free at leisure to explore the Lakeside – a mix of hotels, restaurants, cafes, bars and souvenir shops that has thrived along the eastern shore of the enchanting Lake Phewa.

Pokhara’s pristine air, spectacular backdrop of snowy peaks, serene lakes and surrounding greenery make it ‘the jewel in the Himalaya’, a place of remarkable natural beauty. It is also the gateway to the Annapurna region where many trekkers finds his Shangri-la, The mesmerizing Annapurna massif towering over the valley includes peaks over 8000m such as Machhapuchhre (Mt. Fishtail), Annapurna 1 to IV, Annapurna South, Dhaulagiri and Manaslu.

After breakfast, transfer to trek starting point Khare khola. Begin short trek about 1 hour trek up to Pumdi village. The trek will be up hill all the way till Pundi village. Continue gradual trek to Bhumdi another 45 min. You will have lunch at Bhumdi.

After Lunch continue trek to Nele Kharka another 2 hrs. The trek will be gradual up and flat, pass by small village.

Early morning- you will see the snow peak Mountain Annapurna ranges. After breakfast start trek. The trek will be gradual flat about 1 hour and uphill though the jungle. Lunch will be in the jungle area. After lunch continue trek up hill till Panchase hill. The total trek will be about 4 hours. This village constitutes of majority ethnic group of Nepalese people like GURUNG and few other tribe.

After breakfast start trek- The trek will be gradual flat and down hill about 2 hours to reach the Bhadauri. You will have lunch at Bhadauri. After lunch continue trek to Naudanda about one and half hour trek. End of the trek and drive to Pokhara. It will takes about 45 min drive. Upon arrival check in hotel.

After breakfast, drive to Nagarkot via Kathmandu. The sunrise and sunset from this popular hill resort present you the breathtaking view of the Eastern Himalayan Range including Mt. Everest which can be seen on a clear day. It is a scenic drive with lots of lovely quaint little houses and paddy fields. Drive takes about 6 hours. Lunch will be on the way. Upon arrival check in Resort. Enjoy a relaxing short nature walk and catch the gorgeous sunset. Evening dinner

On the way, visit Kathmandu Durbar Square, a UNESCO World Heritage Site, and if you are lucky, you will get a glimpse of the famous Kumari, the world’s only living Goddess. This complex of palaces, courtyards and temples like Hanumandhoka Palace, Kumari Ghar (Abode of the Living Goddess), Taleju temple, built between the 12th and 18th centuries, used to be the seat of the ancient Malla Kings of Kathmandu. Lunch in the city centre.

After lunch visit Bouddhanath Stupa, one of the world’s largest Stupa built in the fifth century AD. It looms 36 meters high and presents one of the most fascinating specimens of Stupa design with hundreds of prayer wheels and 108 small images of Buddha all around. Late afternoon free to explore Asan Tol, the colourful local market area and shopping. Evening enjoy a sumptuous traditional Nepalese Cuisine with Cultural Performance.