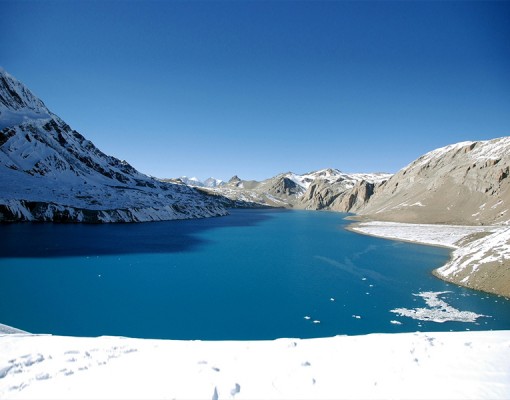 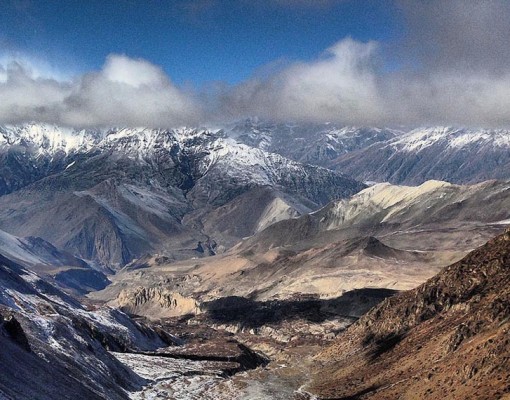 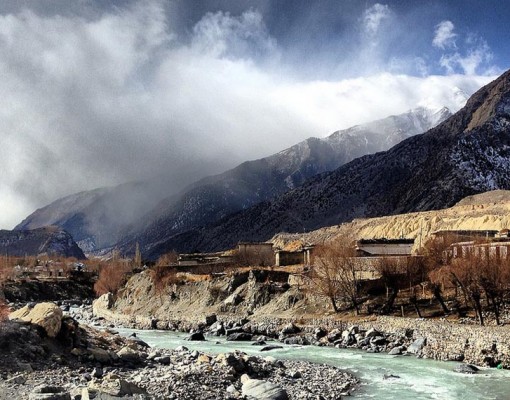 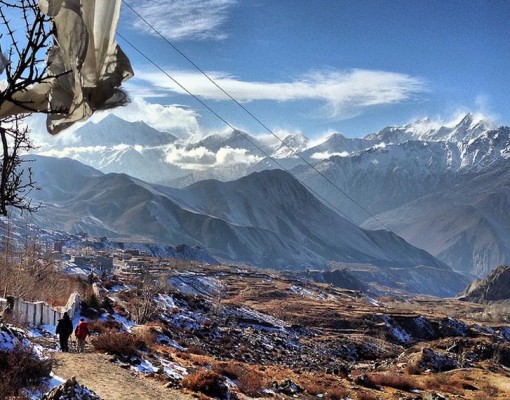 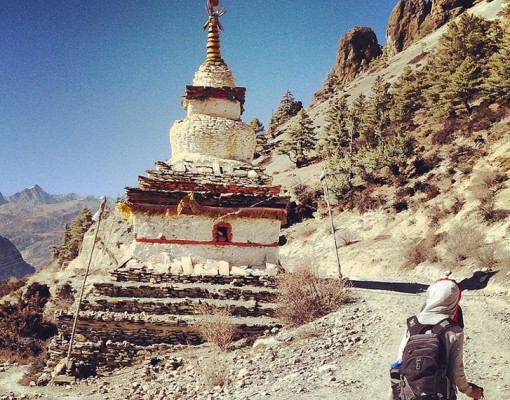 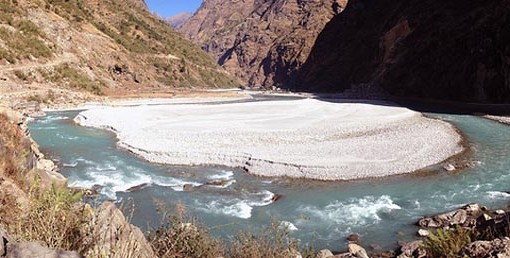 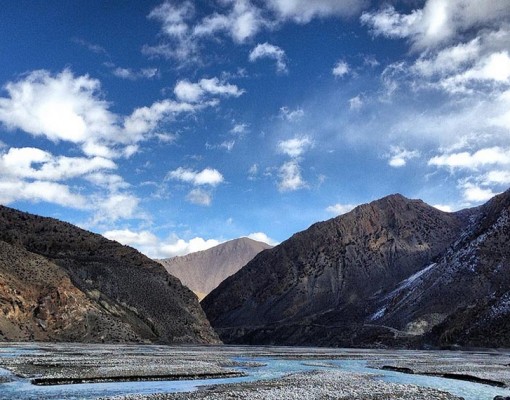 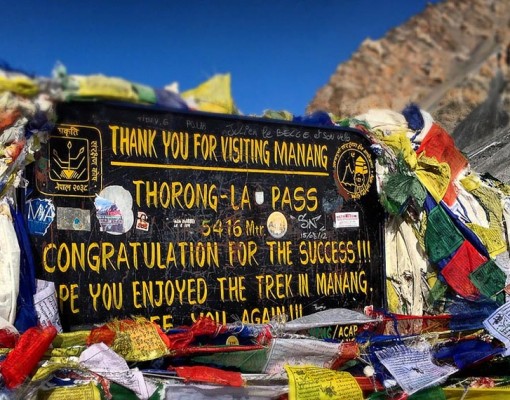 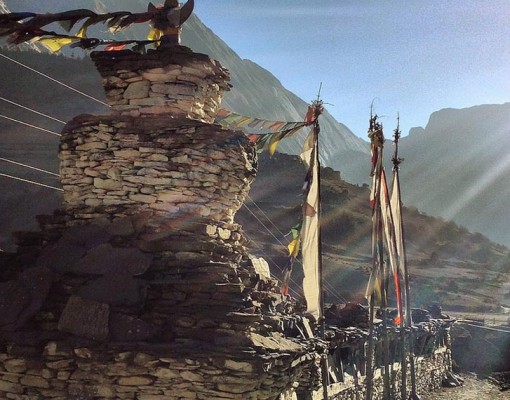 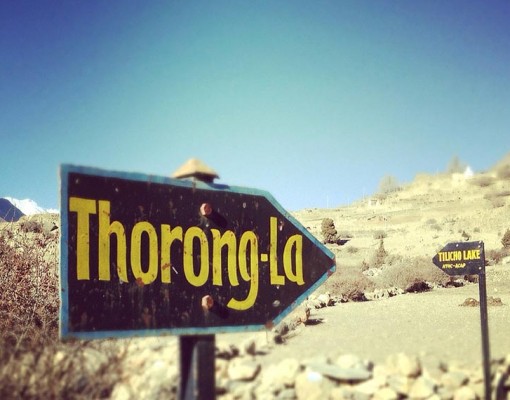 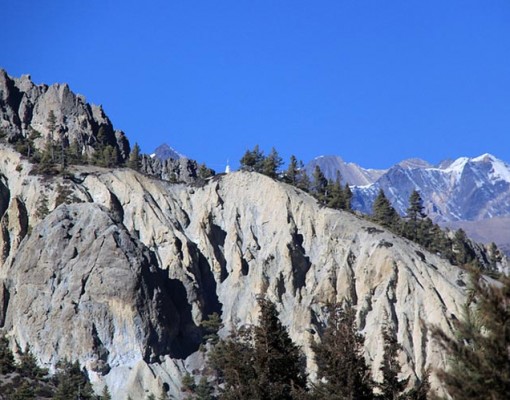 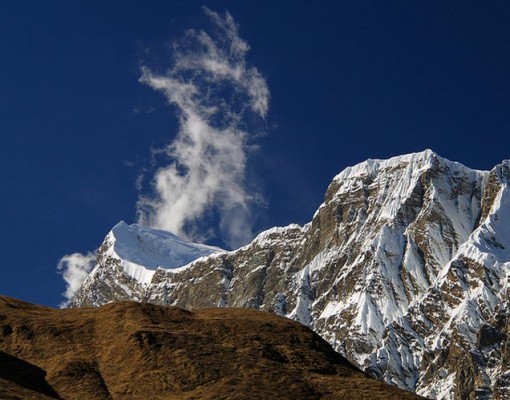 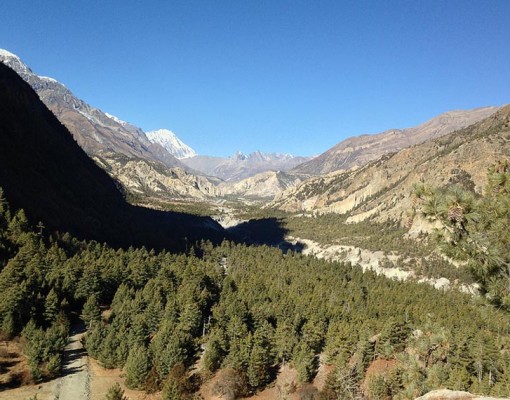 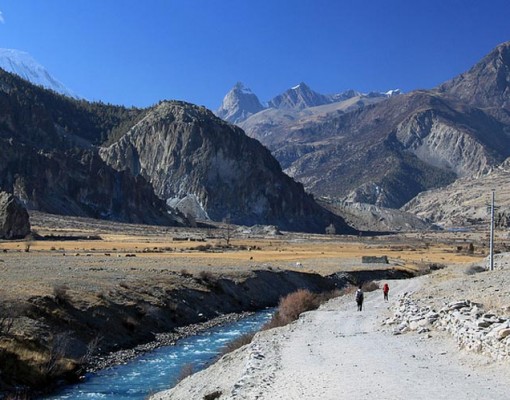 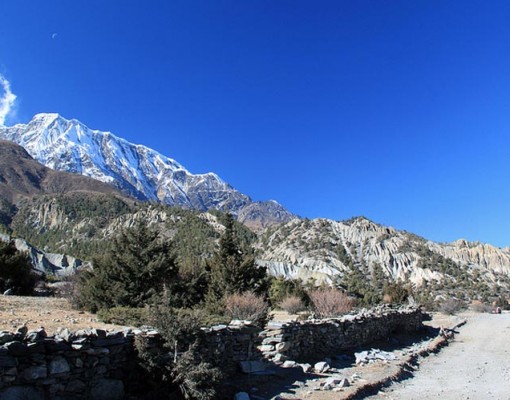 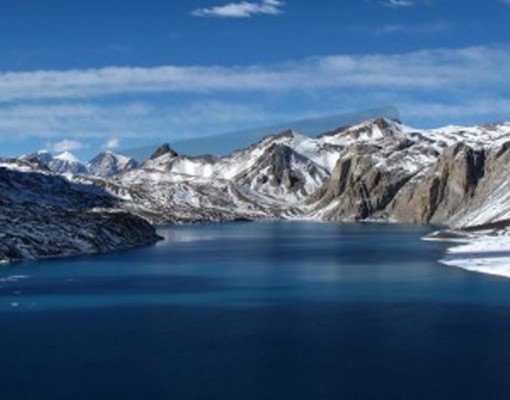 Tilicho Lake Trekking starts right from Besisahar as Annapurna Circuit Trekking, which goes along the Marshyangdi River, with great views of Manaslu and Himal Chuli to the east. This magnificent Tilicho lake trekking leads you to the fine village inhabited by a wide diversity of people from different ethnic groups, offering spectacular and majestic views of the white Himalayas.

Tilicho Lake Trekking collects the glacial melt of the entire northern slopes of Annapurna and Thorang Peak, which is claimed to be the highest lake in the world. In 2001, Hindu pilgrims from around the world flocked to the lake convinced it is a holy spot mentioned in the Ramayan – a holy book of the Hindus.

Tilicho Lake Trekking starts right from Besisahar as Annapurna Circuit Trekking, which goes along the Marshyangdi River, with great views of Manaslu and Himal Chuli to the east. This magnificent Tilicho lake trekking leads you to the fine village inhabited by a wide diversity of people from different ethnic groups, offering spectacular and majestic views of the white Himalayas. We have customized this route, as it is basically, the same as Annapurna Circuit, from Manang instead of taking the valley north to Tanki Manang and Yak Kharka this route goes to the main valley to the west passes through the Khanshar Village (The Last Village of Nepal) and trek up to Tilicho lake, then we travel to Yak Kharka then up to pass of Thorung La at elevation of 5416 meters. From the Thorung – La pass, the treks lead down to Muktinath then to Jomsom from where thirty-five minutes scenic flights take you to the Pokhara.

Upon arrival, meet and transfer to hotel. Check in & trek briefing. Late afternoon leisure walk in Thamel, a popular tourist district in Kathmandu Valley and a bustling bazaar which offers a glimpse of Nepal’s vibrant ethnic culture.

We start our journey into the hills through the winding roads along the Trishuli River. Enroute we see more of countryside of Nepal that offers greenery, rivers, villages, farms and beautiful mountain scenarios. Upon arrival at Mugling, we head along the road toward Pokhara. We leave the highway to Pokhara at Dumre, and head north to Besisahar. A half-an-hour’s drive from Besisahar takes us to Khudi, the starting point of our trek which offers us a first glimpse of the gorgeous Manaslu range.

Our first day`s walk involves crossing a few suspension bridges, waterfalls, several up and down hill sections across rice paddies and subtropical forest. Initially, the walk is gradual then it becomes steeper. The mountains that we see from Khudi become closer as we walk higher. The villages and people are an interesting. On the way to Bahundanda, we come across an ethnic Tamang settlement, Taranche. At this juncture, we will have first glimpse of the gorgeous Manaslu range.

We trek through amphitheater-shaped rice terraces, along a steep vertical cliff, lush forests, and some culturally intriguing villages. Always following the Marsyangdi River, we walk in a fantastic landscape through little waterfalls, forests and villages. We will not feel tough until we reach Syange (1100 m), but after Syange the climb gets tougher up to Jagat (1300 m). From Jagat, we make a steep climb to Chamje.

Today we enter the Manang region passing through fields of corn, barley and potatoes, and then through forests of bamboo and rhododendrons. On the way is the village namely Tal. Tal lies on a flat plain next to the sandy beach and river at the base of a large waterfall. While hiking, sometimes we may have to give a pass to a large group of donkey caravan.

Today we negotiate a few steep forested ridges along with several landslides on route on the west. We should not forget to look up though, as we will be treated to some of the most sensational views of Lamjung Himal, Annapurna II, and Annapurna IV (7,525m).

A steep and narrow path through a very dense forest will bring us to the dramatic curved rock face, rising 1500m from the river. The forests and heavy vegetation would now be gone. We cross and re-cross the river again and again on suspension bridges. As the trail opens up we get surrounded by majestic Himalayan Peaks. We find ourselves in U-shaped valley of Manang hanging between two giant snow peaks. Upon walking through these wonderful sites we reach at Pisang.

Today we experience a contrast with the landscape and vegetation from today.On the way, the cold and dry climate creates a much harsher environment.

Today is the scheduled acclimatization day. It is advisable to stay active and drink more water. The upcoming next two days will be very challenging and tiring trek with rapid gain in altitude. We can also visit at the Himalayan Rescue Association to learn more about Mountain Sickness.

After breakfast start adventure to TilichoLake, we heads out through the western gates of Manang and then follows down to the river. After crossing the Khangsar river will ascend up slope to the Khangsar village, a village still in the old Tibetan style and which is also known as last village of Nepal.

Continue from Khangsar on a large path. Pass a Gompa (monastery).The route ahead goes on a recently constructed path up towards a high ridge. At one point is an intersection. One path maintains the altitude, traversing the slopes towards a place where the valley is narrow; the other continues to ascend towards the line of the ridge. The former is the old path, and is much more difficult as it goes on really steep screed; the latter is the new path that goes a completely different way. Continue along the new path, reach a high crest, and descend on switch backs carved out through the screed slopes to a side valley of the main valley. At its bottom is a brook. On the other side of it is a building known as Tilicho Base Camp at elevation of 4200 meters.

Early breakfast and start trek to Tilicho lake takes another 3-4 hours. Due to the wind condition, it is better to start early morning. Tilicho Lake is a cold barren place and it is highest lake in the world. After spending some time around Tilicho Lake and return to Base Camp as there are no any accommodation facilities at Tilicho Lake area.

After breakfast start back to Yak Kharka, you will be walking within a4000m high which is just above Khangsar village passing through the ruins of old Khangsar and follow an unmarked trail which will lead to Gumsang and Yak Kharka.

We make our way to the foot of the pass, Throng Phedi today.Thorong Phedi is a small busy settlement catering to the needs of tired trekkers and climbers. Although we will have a tough day tomorrow, we stop at Thorong Phedi so that we can sleep sound rather than a risky sleep in higher altitude at High Camp.

We reach the climax of our Annapurna circle trek today. It will be a lifetimeunforgettable experience- crossing the famous high pass, Thorong La (5416m). An early start is important to complete the mission through the icy high-altitude trail. Upon setting sun we will be at Muktinath. Muktinath is an important pilgrimage site for both Hindus and Buddhist. The area hosts a Vishnu temple and a Monastery nearby.

Today we trek down to Jomsom. The Jomsom town extends over both the banks of the Kali Gandaki River and houses several lodges and the Jomsom airport.

Morning short walk to airport and connect 20min flight to Pokhara followed by 25 min domestic flight to Kathmandu. Upon arrival transfer to hotel, check-in hotel and lunch. After lunch, visit Kathmandu Durbar Square, a UNESCO World Heritage Site, and if you are lucky, you will get a glimpse of the famous Kumari, the world’s only living Goddess. Evening explore Thamel.

After breakfast transfer to airport for departure.